A friendly global challenge was issued this year: Which cities could engage the most people to record the most observations of wildlife and plants, and find the most species over 4 days, April 27-30? There were 68 cities worldwide who answered the call. These cities tallied 441,888 observations by 17,329 people. Of these, 63 cities used iNaturalist resulting in 423,845 observations of 18,116 species by 16,544 people.

The free iNaturalist app is now the standard way for bioblitzes and other citizen science (the involvement of the general public in scientific research and data collection) projects to record information. The beauty of the app is that with a simple uploaded photo, crowd sourcing can then help identify the organism and the observation is recorded so that worldwide any researchers can data mine the info they need. You never know what piece of data you could be providing some researcher somewhere in the world. You don’t even need to know what you’re reporting (though the iNaturalist app has a neat suggested identification feature to provide likely ID possibilities) due to the crowd sourcing that allows other perhaps more knowledgeable people to provide their ID skills. 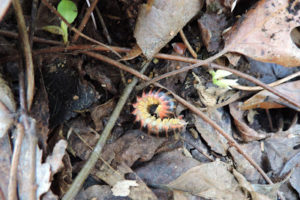 >> Read more at the Capital Naturalist.