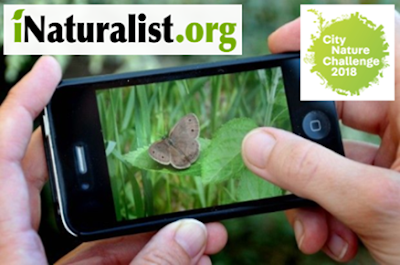 A friendly global challenge was issued this year: Which cities could engage the most people to record the most observations of wildlife and plants, and find the most species over 4 days, April 26-29?  In last year’s global event, 68 cities participated and tallied 441,888 observations by 17,329 people. This year is even bigger! There are over 160 cities worldwide who have answered the call.

The first City Nature Challenge started as Citizen Science Day, with citizen science teams at the Natural History Museum of Los Angeles County and California Academy of Sciences challenging one another into what turned out to be an eight-day friendly competition in April of 2016 between Los Angeles and San Francisco, engaging residents and visitors in documenting nature to better understand urban biodiversity. It grew to 16 cities in 2017, and went international in 2018.

The free iNaturalist app (https://www.inaturalist.org/) is now the standard way for bioblitzes and other citizen science (the involvement of the general public in scientific research and data collection) projects to record information and is what most cities will use for recording City Nature Challenge observations, including the team here in the Washington, DC Metro area.