Drainage area of the Barcroft monitoring site. This area also encompasses the other Four Mile Run monitoring sites of Banneker, Bluemont and Glencarlyn.

Four Mile Run is the largest stream flowing through Arlington, draining approximately two-thirds of the County.

A study by the Northern Virginia Regional Commission (NVRC) examined the sources of the bacteria, showing the major sources of identifiable bacteria were urban wildlife (waterfowl and raccoons), humans and dogs. A Total Maximum Daily Load (TMDL) has been created for Four Mile Run, and a management strategy for controlling anthropogenic sources of bacteria to the stream has been created. The NVRC has more information about the Four Mile Run TMDL.

Since 2001, there have been two monitoring sites located on Four Mile Run.

Barcroft Park, located in south Arlington, was added and monitored for a short time in 2005. The site was reinstated in 2009 with new volunteer support.

In fall 2011 and spring 2012, we contracted a professional monitoring group to collect family/genus-level macroinvertebrate and fish data at each of our volunteer monitoring sites. 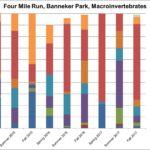 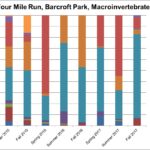 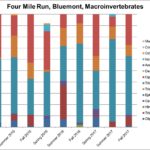 Click on one the graphs above for an enlarged version.

There are 10 sites on Four Mile Run that volunteers monitor for bacteria. Learn more about bacteria monitoring data. 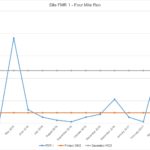 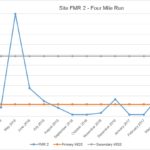 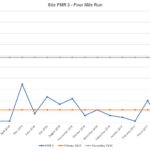 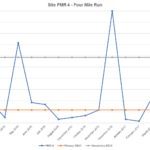 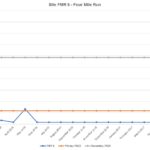 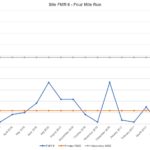 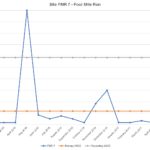 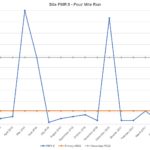 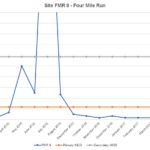 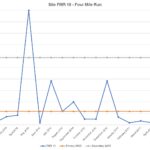